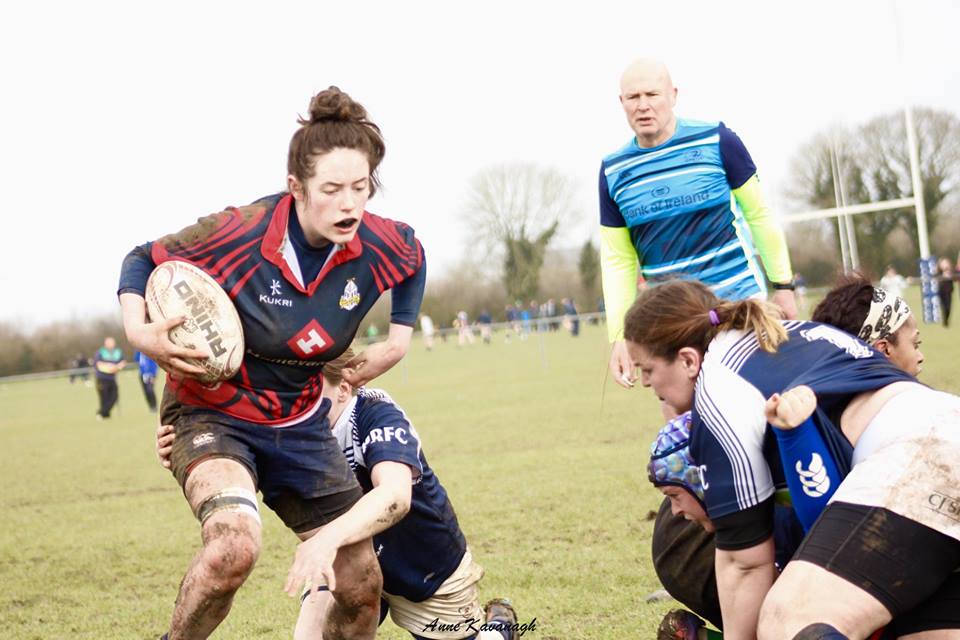 Tallaght women’s team took to the road again to take Portlaoise in the the semi-final of Division 4 of the Women’s league. Portlaoise were undefeated in their pool and they had a big, experienced pack. Tallaght were competing well with them though and causing them problems when they moved the ball wide. It earned them a penalty kick at goal but unfortunately Caoimhe Hogan’s kick fell wide. Eventually Portlaoise broke through to score the first try of the game after fifteen minutes. They made the conversion to make it 7-0.

Rachel Nolan came on for Tallaght and immediately made her presence felt with a powerful run that beat several defenders. However the support wasn’t there quick enough and the chance was wasted. Tallaght were defending well with the likes of Hogan, Jacinta Purcell and Ciara McLoughlin all making several big tackles. However they were struggling to get out of their half and eventually the powerful inside centre got through for a second Portlaoise try to make it 12-0.

Tallaght hit back though with an outstanding try. After powerful running from Aisling Pyke and Rachel Nolan, full back Megan Fogarty was released down the line and she showed superb balance and power to dance her way through and stretch to get the ball down over the line. Caoimhe Hogan kicked a fine conversion to make the score 12-7 at half-time to the home side.

In the second half, it was becoming an increasingly physical game and there were a few testy moments as both sides put it up to each other. The big Portlaoise pack had the edge in the scrums and from this, they were able to generate penalties to get themselves into position to score a third try which they converted to make it 19-7. Tallaght did their best to hit back but their handling let them down at crucial moments. Number eight Roisin Doyle was doing her best off the back of the scrum and made one excellent run down the blindside that gained huge ground. Doyle also made several big tackles including one that saved a certain try. However eventually the Portlaoise pressure told and they scored a fourth try that make it 24-7 and effectively ended the game as a contest.

However Tallaght never gave up and were attacking the Portlaoise line at the end, looking for a second score that would have given a fairer reflection of the game. They came close but it wasn’t to be and it finished 24-7 to the home team. Portlaoise were the better team and they now go on to to face NM Falcons who beat Tullamore in the other semi-final. However Portlaoise knew they were in a game and Tallaght were far from disgraced and showed they could compete at this level.

Tallaght coach Adam Nolan was proud of his side. “We started our season just looking to play all our games in the league, so to win eight out of eleven games and make a semi-final is a real achievement. Our preparations for this game were affected by the weather and we lacked some of our usual fluency out wide. But I can’t doubt the heart every one of our squad showed in taking on a big team physically and making them work very hard for everything they got. They had the edge on us in experience but that was the only difference. We’ve come so far in a very short amount of time and though the league is over for us now, we’ve got Greystones in the cup in a fortnight and we’ll be right up for that challenge”.

Player of the match: Roisin Doyle 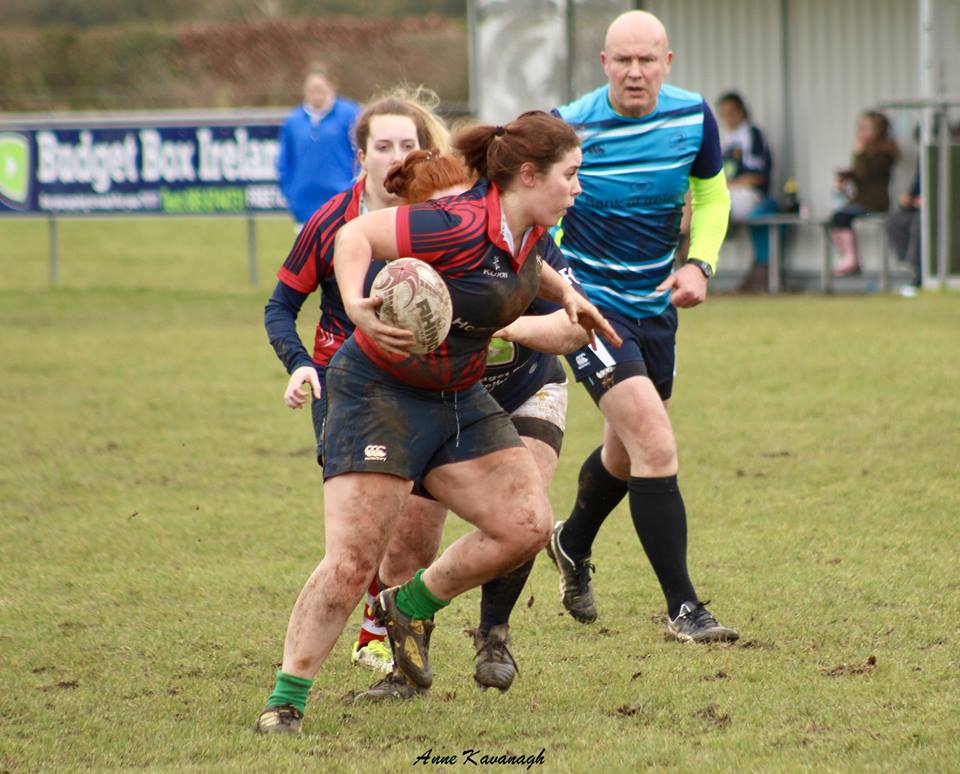 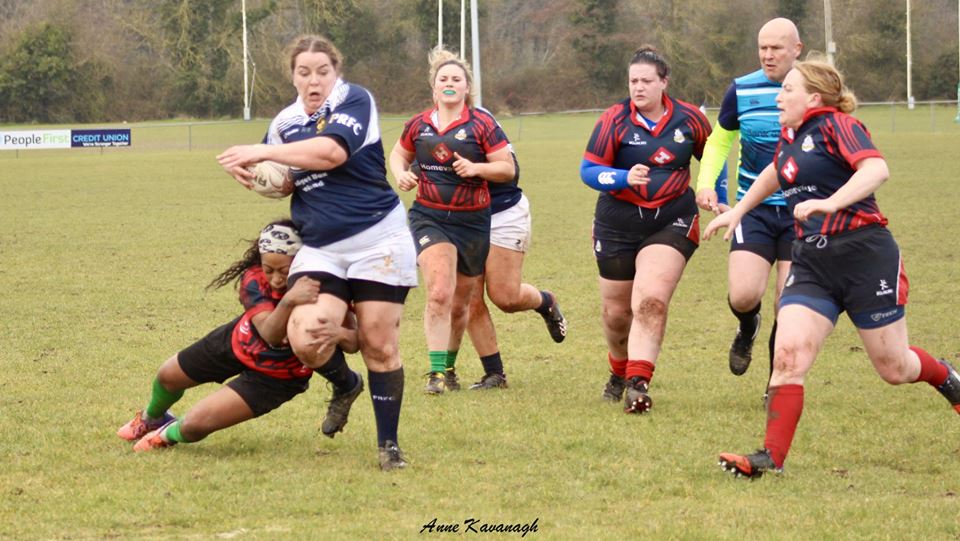 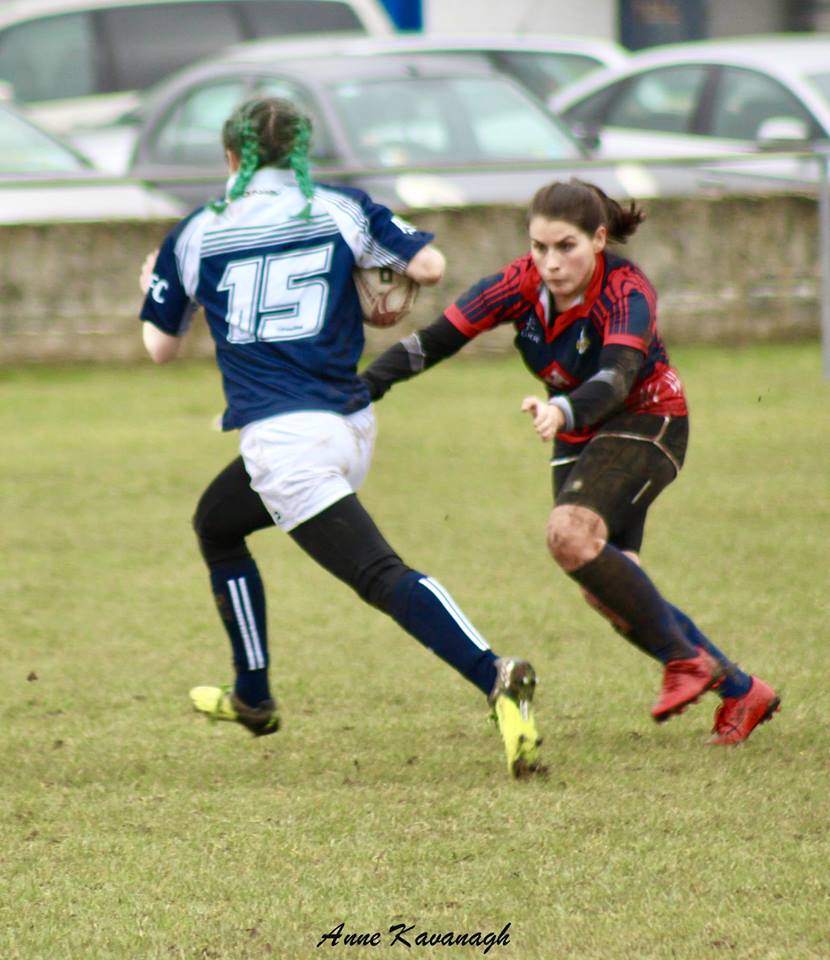