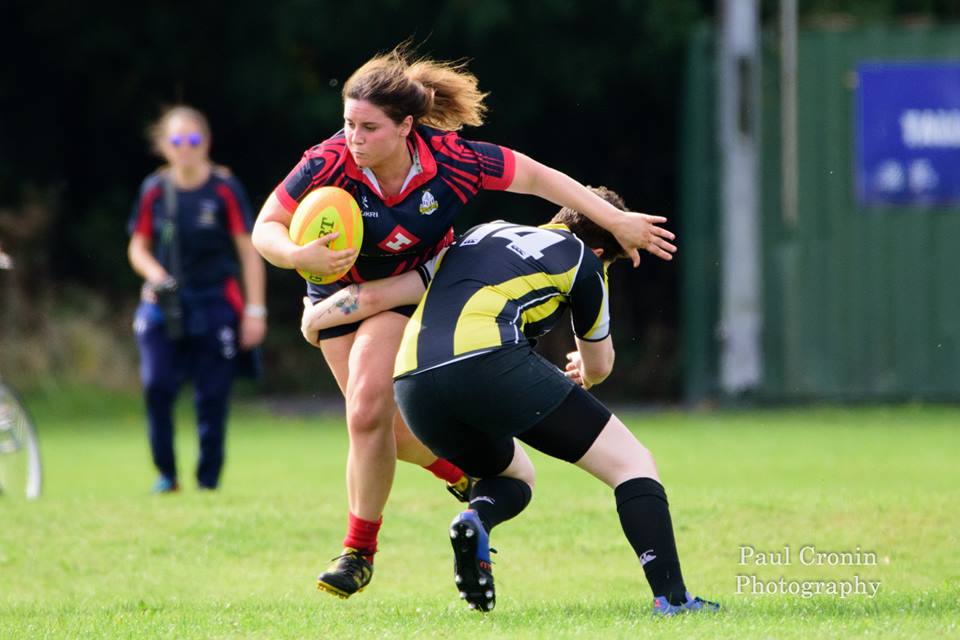 In their second league game of the season, the Tallaght women’s team hosted Portlaoise who they lost to in last year’s semi-final. Tallaght took the game to them this time and in the first twenty minutes they were dominant and they deserved more that the 5-0 lead Ellen Crotty’s excellent try gave them. Out-half Nadine Thompston was gliding through gaps beautifully and when she and her outside backs improve their understanding and link up better they will become a serious attacking threat. After twenty minutes wing Eileen Shanahan made a superb run that should have led to a try but the chance was wasted after she was brought down near the line.

However, from the resulting scrum the Portlaoise number eight ran through some weak tackles and put their winger away to run the length of the field for a try which they converted to make it 7-5 to Portlaoise. Two minutes later the powerful Portlaoise prop ran through for another try to make it 14-5. The Tallaght heads went down and Portlaoise helped themselves to another try from a maul to make it 19-5 at half-time.

In the second half Portlaoise continued their dominance of the game and scored another try to make it 26-5. The worst thing for Tallaght was that Portlaoise were losing players and had virtually no backline to speak of. Any time Tallaght got running at them out wide there was acres of space as number eight Aisling Pyke showed when she ran into space off a scrum to score a try under the posts that Caoimhe Hogan converted to make the score 26-12.

Unfortunately Tallaght’s efforts to target Portlaoise out wide by launching their dangerous runners were undermined by the forwards losing the ball at the rucks and handling mistakes by the backs. Portlaoise scored two more unconverted tries to make it 36-12 and the result was a foregone conclusion. However Aisling Pyke had the last say of the day with a superb individual try which she converted herself to make the final score 36-19 to Portlaoise.

Tallaght coach Adam Nolan was disappointed with the result but wanted to focus on the positives. “We had a really good first twenty minutes but then perhaps our fitness failed us and we started tackling too high. They’re a very experienced team and they forced us into the type of forward battle they wanted to play which suited their strengths. However we showed we could hurt them out wide when we ran at them and we’ll remember that the next time we play them.”