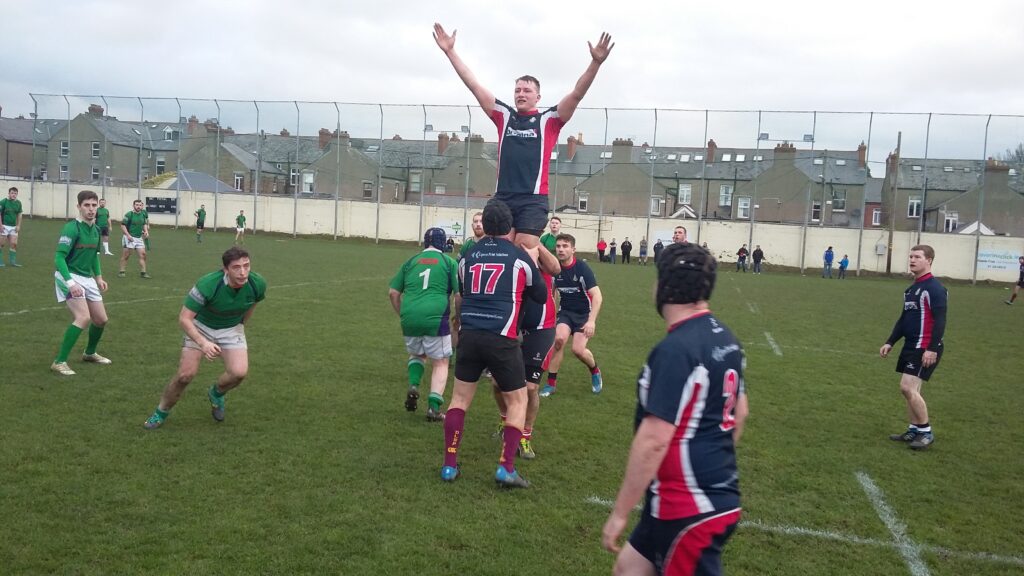 The Tallaght/DLSP combined team took on third placed CYM in Division 11 of the Metro League. CYM took the lead with a try but then Lee Dawson went over for a try for Tallasalle which was converted by Warren Doyle for a 7-5 lead. However the lead didn’t last long as CYM scored another try to make it 10-7. But Doyle kicked a penalty to make it 10-all at halftime.

In the second half CYM scored another converted try to make it 17-10 but Tony O’Loughlin came on and scored a try to make it 17-15. CYM kicked a penalty to make it 20-15 but then Doyle intercepred a pass and ran it back for a try which he converted himself to make it 22-20. Sean Judd powered his way over for a try which Doyle converted to make it 29-20. Tallasalle were dominating now and the excellent Tony O’Loughlin scored two more tries to complete his hat-trick, with Doyle converting the last one. CYM scored their fourth try of a really entertaining match to make the final score 41-27 to Tallasalle.

Tallasalle coach Damien Deegan was delighted with the win. “It was great to get back to winning ways. It took us a while to get going but when we did we played some good stuff. Our joint men of the match are Warren Doyle and Tony O’Loughlin who were both outstanding. We now just need to win one more game to be sure of a place in the final.”