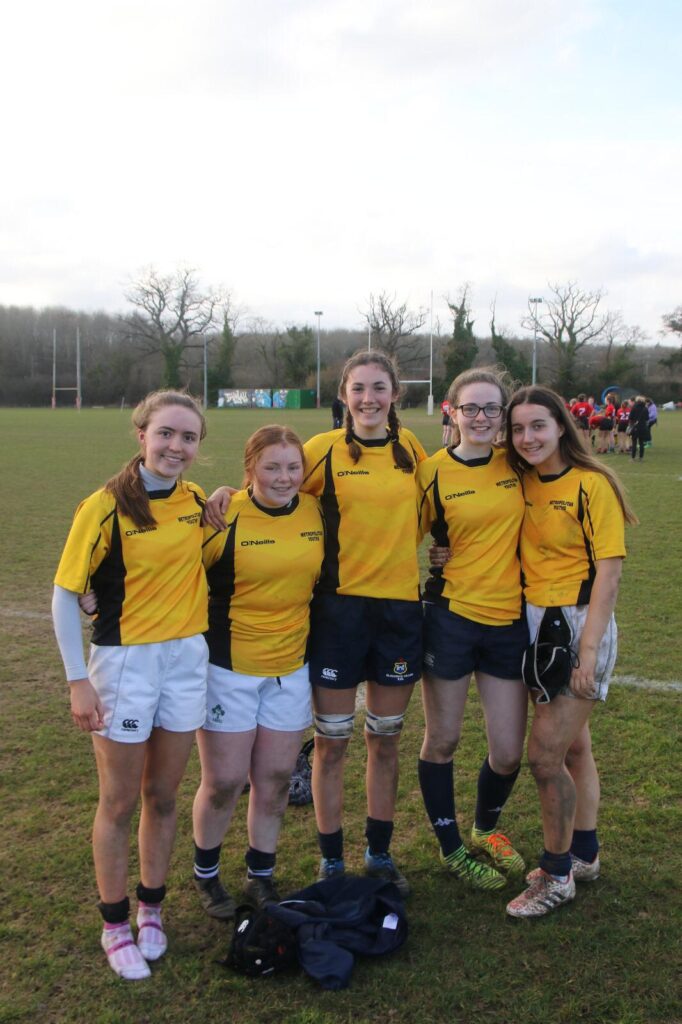 The Bisto’s are the under-16s and 18’s girls team made up of St. Marys, Old Belvedere, Blackrock and Tallaght players and named after their late great coach Phil “Bisto” Preston.

Recently five of the squad (who are listed below with their registered clubs) were selected for the Metro Leinster under-18 Squad for 2019.

They went through multiple screenings over the last few months during mid term breaks and evenings after school. These have taken place in Energia Park in Donnybrook and in Greystones RFC. During last week’s mid-term break they had a squad session in
Energia Park and then a match squad was picked for an event in Barnhall later in the week.

One of the Bistos coaches Aileen McGovern takes up the story.

“Emma has been playing with the Bistos for four years and Abbie for three years. All five girls have put in a huge effort this year and have fully committed to training and matches which has paid off. They’ve also been completing rugby specific gym programs in their own time as well as keeping up with school and having part time jobs. I honestly don’t know how they do it all. They have become leaders on and off the pitch and have really inspired the younger under 16s in knowing that they too could make the Leinster squad some day. They put in 100 per cent effort while still having fun and enjoying the game.”

“Emma is also in the process of applying for American scholarships which is looking promising and another girl that didn’t get selected in the final 5 has been selected for an American scholarship. I’m extremely proud of all of the Bistos and this selection of the “fab 5” is just a small reward for all the hard work and commitment given by the coaches being myself, Barry Marron, Nick Hodges and our Bisto Mum Audrey Fanning. I would also like to mention the girls parents who are always there supporting and driving them places and making buns and sandwiches and generally being the extended support for the whole squad.”

Everyone at Tallaght RFC congratulates all of the Bisto girls and we look forward to seeing them playing for Leinster in the years to come.