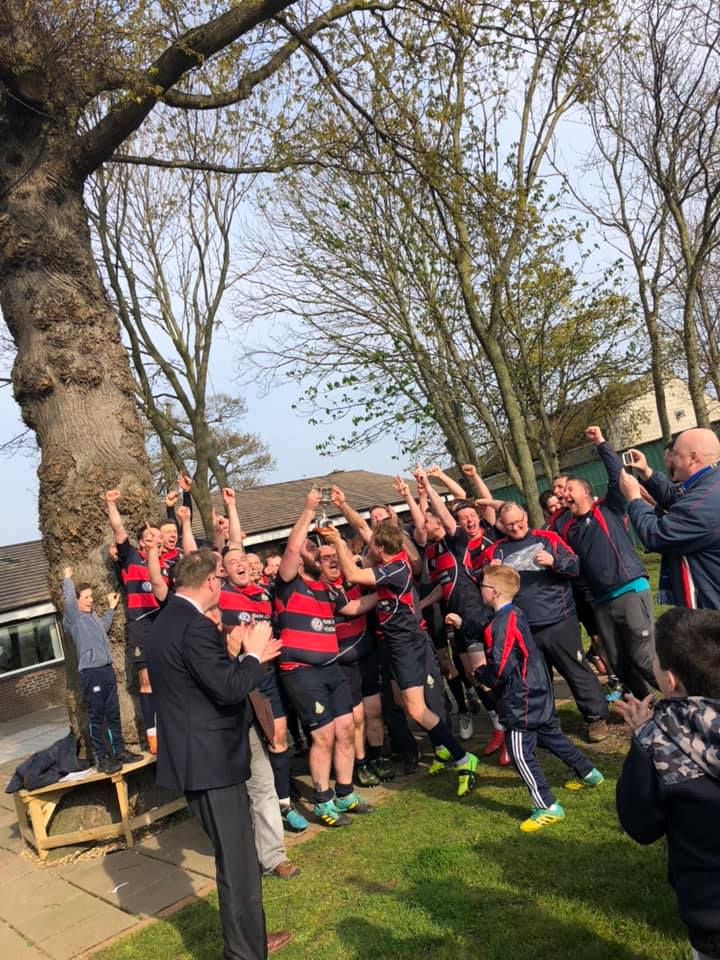 The Tallaght men’s firsts made history today when they won their first ever League title as a club. They beat Seapoint 13-12 in a nail-biter of a cup final. Rob Hudson scored Tallaght’s only try and he tacked on a conversion and a penalty too to give Tallaght a 10-7 lead early in the second half. Seapoint hit back with a try to lead 12-10 but then skipper Adam Nolan showed great guts to kick a long range penalty to make it 13-12 as he had missed a much easier kick at goal just before that. Tallaght had to survive a few late scares including a Seapoint penalty that came back off the post but they hung on to win their first final and gain promotion to Division 6 next season.