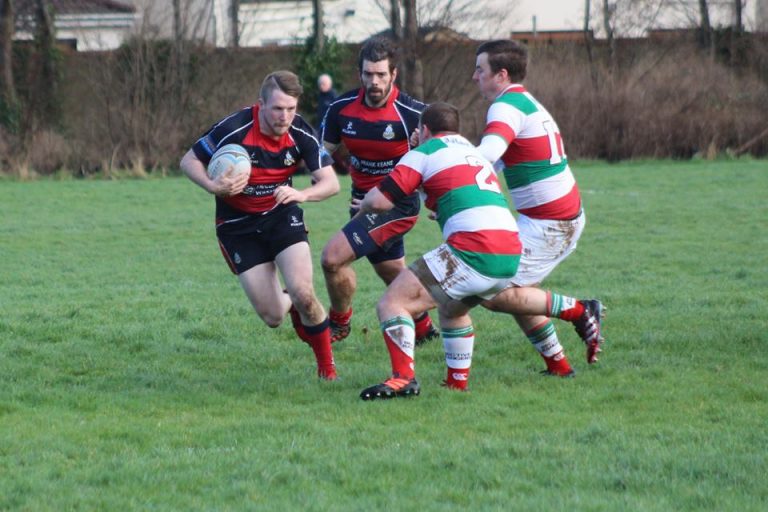 After several slows starts to matches this season, Tallaght were determined to make a strong early impression. After repelling an early Dogos attack, they won a lineout close to the Dogos line. From the lineout lock Patrik Toth made a strong carry to get close to the line and then Adam Nolan forced his way over for a try from the recycle. Rob Hudson made the conversion to give Tallaght a 7-0 lead.

Unfortunately it proved to be a false dawn as the Dogos used the strong wind behind their backs to dominate the rest of the first half. Their experienced half backs were controlling the game and they fashioned a clean break that got them close to the Tallaght line. The Dogos pack followed up and after a number of phases they got over for a try to make it 7-5.

With the wind at their backs Tallaght were dominating possession and territory but their handling consistently let them down when they tried to convert that into points. The Dogos tried to catch Tallaght on the break and might have scored more were it not for the brave cover tackling of Andy Rudd and Rob Browner.

Tallaght’s Joe Ivers was the unlucky one to be shown a yellow card after Tallaght conceded one too many penalties near their line. The Dogos took advantage to score a converted try which gave them the four try bonus point. Tallaght scored a late consolation try through Dave Clarke, who drop-kicked the conversion to make the final score 32-17.

Tallaght coach Tom Leigh was unhappy with his team’s performance. “It’s no disgrace to lose the AIB Dogos, they’re a fine side. But we never showed them anything like our best game. Our handling skills were nowhere near our normal standard and we consistently wasted good chances with knock ons and poor passing decisions. However all the issues we had today are fixable. But we have to get the numbers up at training to work on these skills. This is a tough league and if we want to compete we have to really commit to improving.”

Man of the match: Andy Rudd