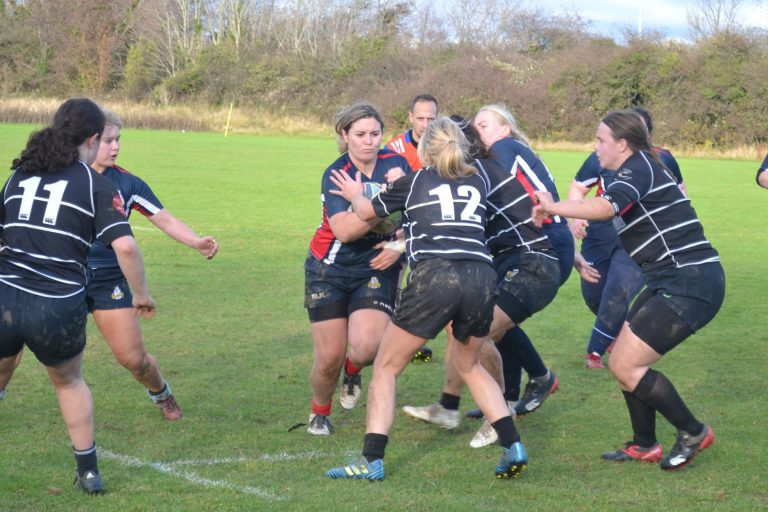 The Tallaght women’s team continued their Division 5 league campaign with a home game versus Kilkenny. With Kilkenny having surprisingly lost to Swords, Tallaght had the chance to cement their place in second in the table.

Tallaght dominated possession and territory for the first half hour. Their forwards used pick and drive tactics to gain some ground but for the most part there was no end product in terms of points on the board. The experienced Kilkenny pack were delighted to see the Tallaght forwards just run straight at them time and time. Kilkenny just waited and picked their moment to turn the ball over.

On the occasions the ball was actually passed out to the Tallaght backline, they didn’t have sufficient depth to generate any momentum. Eventually after 30 minutes Tallaght’s Aisling Pyke forced her way over for a try to give Tallaght a 5-0 lead. But even then you suspected all the wasted possession would come back to haunt Tallaght and it didn’t take long for that to come to pass.

Kilkenny’s talented backs started to generate some some momentum from their offloading and after several phases they scored a try in the corner to make it five-all. Then directly from the restart the excellent Kilkenny outside centre broke two tackles and raced away for a superb eighty yard try. This made it 10-5 to Kilkenny at half-time.

In the second half Kilkenny took over and scored two more converted tries to take a game-clinching 24-5 lead. Tallaght finished the game strongly looking for a consolation try but once again the pack’s narrow pick and drive tactics ultimately failed to produce a score.

This was Tallaght’s final game before the Christmas break and they will be back in action on the 16th of January away to DLSP.

Tallaght RFC thanks everyone who came out to support the team today and wishes everyone a Merry Christmas and Happy New Year.